Nhlanhla Dlamini says he suffered a punctured lung after being intentionally shot with a nail gun by a co-worker on a worksite in Abercrombie, N.S., on Sept. 19. He says medical staff inserted a chest tube to release air that was building up between his lung and his chest wall, causing his lung to collapse. (Steve Berry/CBC) 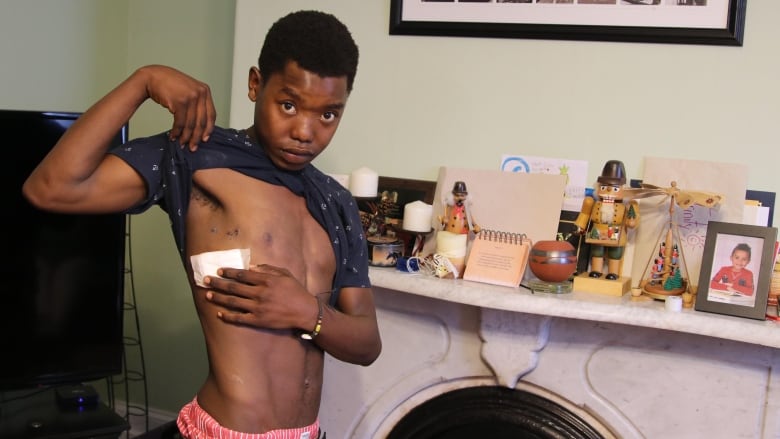 His mother, Stacey Dlamini, told CBC News she called Quinn and informed him her son was undergoing emergency surgery and asked why he hadn’t been taken to hospital. She then called the RCMP. 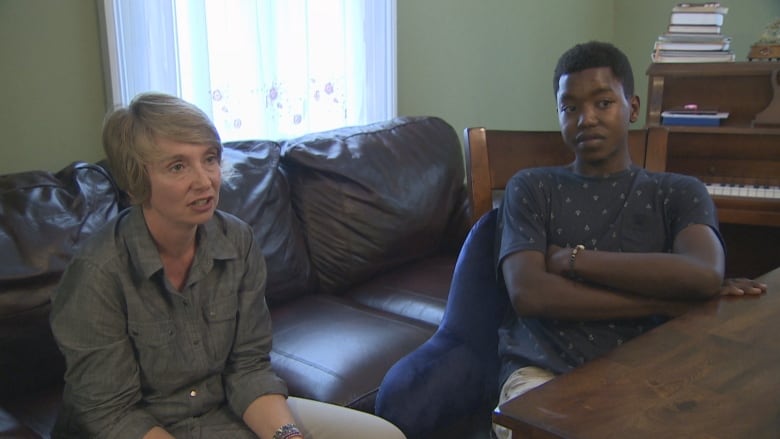 Stacey Dlamini, in her home in Pictou, N.S., says she told P.Q. Properties Ltd. owner Paul Quinn the details of her son’s injuries in a phone call from the hospital on the day Nhlanhla was shot with a nail gun at a worksite.(Steve Berry/CBC)