Fredericton’s growing Muslim community is searching for a permanent cemetery

The father of five was one of the first Syrian refugees to settle in New Brunswick in 2015. The tradesman took English classes at the Multicultural Association of Fredericton and, two winters ago, went snowmobiling with his children for the first time.

Alsalh, 49, was also one of the first Syrian newcomers in the province to die, casting light on a problem for the growing Muslim community: where to bury the dead.

A challenge for Muslims

Alsalh got sick quickly in early September, dying within 48 hours of arriving at the Dr. Everett Chalmers Hospital.

Much like in life, Muslims must follow specific, but varying, rules when someone dies. People have different interpretations of Sunnah, or the teachings of the Prophet Mohammed, regarding the practical aspects of burials.

Some people believe headstones should be simple and uniform, because rich and poor people are equal in death and in the eyes of God. Others do not forbid ornate headstones.

Some people believe there should be an exact 10-metre distance between where Muslims and non-Muslims are buried.

Others also believe the deceased must be in the ground within 24 hours of their death. 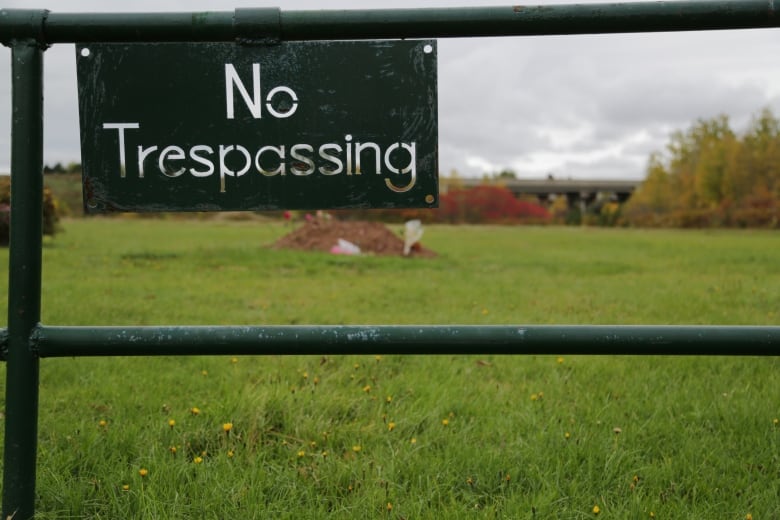 According to Islamic rules, a cemetery can be shared, but the Muslim section must be separated from where people of other religions are buried by a certain distance, which can vary. (Hadeel Ibrahim/CBC)

But the basic rules are mostly the same: the body must be washed and wrapped by family or close relatives shortly before the burial, the funeral must be quiet, the body should be prayed over by funeral attendees, and the cemetery must be fairly distant, or at least fenced off, from where non-Muslims are buried.

Generally speaking, a Muslim cemetery must, therefore, be separate and have a building with running water, where the body can be washed and wrapped.