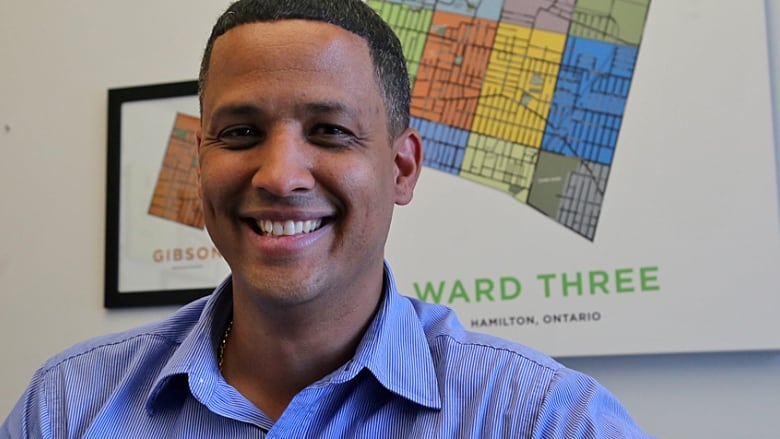 “People might consider me to be fairly confrontational,” says Matthew Green. But for the most part, he says, he agreed with his fellow councillors. (Samantha Craggs/CBC)

We asked Green what it was like to be Hamilton’s first black city councillor.

Why do you think that the city hasn’t had a black city councillor before you?

When I ran, I did not run as an African-Canadian councillor. I didn’t run to be the first of anything. The realization only came Oct. 27, 2014, probably 10 minutes after the results were read. It occurred to me that I would be representative of a community that hadn’t had representation since Lincoln Alexander. It also occurred to me that I would have a responsibility to create a culture of engagement and participation that would encourage other people of colour to run.