Why I stayed in Iqaluit after moving there by accident 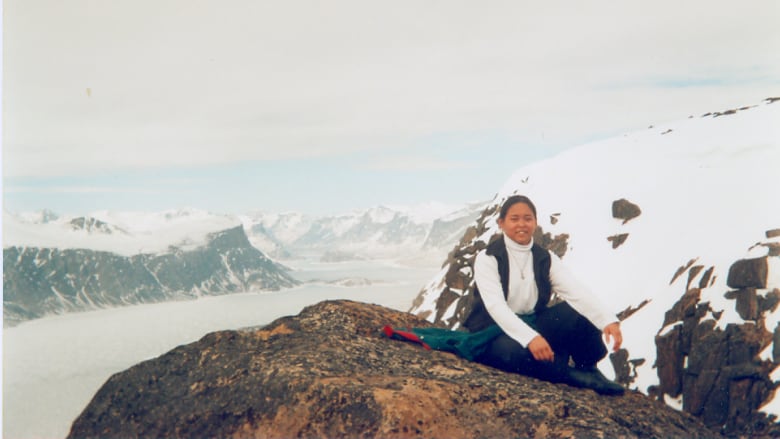 Rhose Harris-Galia relaxes in majestic Pangnirtung on rocks overlooking the entryway to the Fjord in June 2001. She had moved to Canada from the Philippines, never dreaming she’d end up in the True North. (Rhose Harris-Galia)

I moved to Canada from the Philippines, rather half-heartedly, in 1999. I started out in Edmonton, but was soon offered work in beautiful Banff. The excitement and wanderlust tugged at me — I thought: “I would love to be a nanny for three kids in the mountains!”

It was only after accepting the job offer that my new employer showed me where I was going on a map. It was nowhere near Banff. In fact, it was nowhere near Alberta. I soon realized the woman on the phone had said Baffin Island.

I was on my way to Nunavut.