A second suspect has been charged with murder in the death of a Yellowknife taxi driver earlier this week. 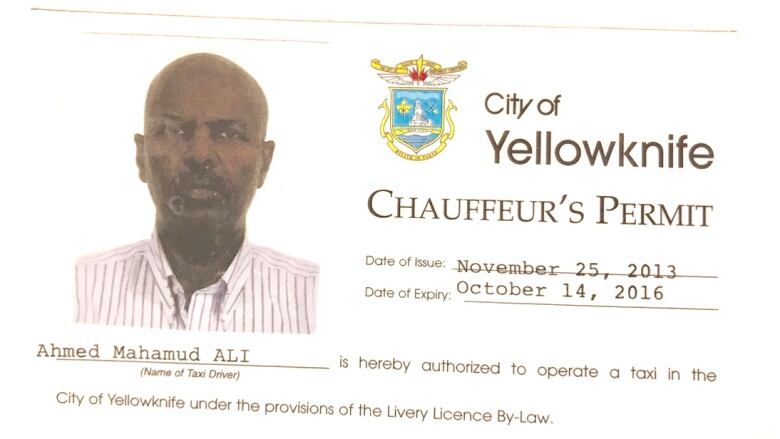 Ahmed Mahamud Ali, shown here in his chauffeur’s permit, has been identified by a manager at the City Cab taxi company as the person who was found at Stanton Territorial Hospital in Yellowknife. (Randall Mackenzie/CBC)