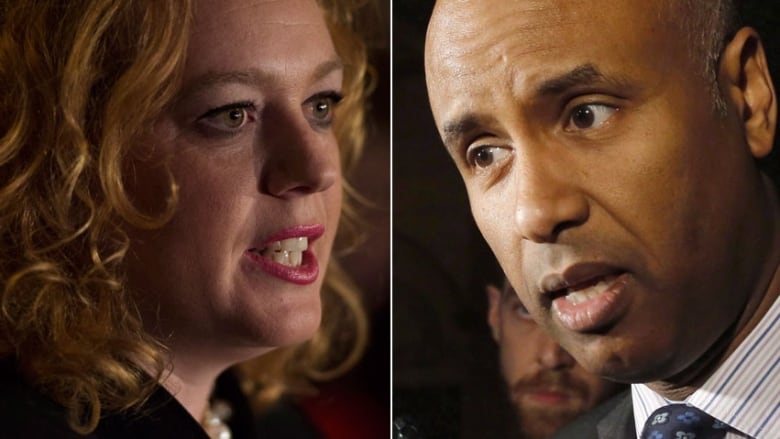 Federal Immigration Minister Ahmed Hussen took aim at the Ontario government on Thursday, saying Doug Ford’s government is stoking fears around asylum seekers and is not offering solutions to the issue of illegal border crossers.

“They are not engaged. Instead they have unfortunately decided to engage in fear mongering and demonizing of asylum seekers, which is not what Canada is all about,” said Hussen in an interview with CBC News Network’s Power & Politics.

The minister was responding to a news release from the Ontario government that said the federal government does not have a “credible” plan to deal with asylum seekers crossing into Canada.

Hussen dismissed that number saying, “The figures that are being thrown around are not based on facts. They are based on speculation,”

“She has labelled all of them as economic immigrants. She’s said that none of them are genuine refugees,” said Hussen.

MacLeod responded to a clip from the interview on twitter calling Hussen a bully.

“Fix your border issues and pay Ontario the $200 [million] you owe us,” she tweeted.