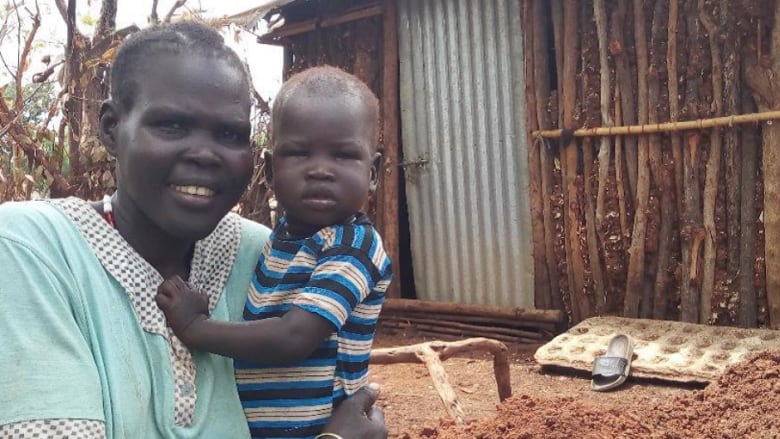 Nyatlak Nyiet, a 30-year-old refugee from South Sudan now living in Ethiopia with her children, receives cash transfers from the aid group Oxfam under a program financed by the Canadian government. (Hohetemisrak Samuel/Oxfam)

Canada is experimenting with a new method of spending millions of dollars in foreign aid: handing cash directly to people in poverty-stricken or war-torn countries, two senior officials with Global Affairs Canada said.

But interviews with experts, including charities that receive money from Global Affairs for unconditional cash transfer programs, as well as a review of funding commitments to the UN and aid groups show the government has been spending tens of millions of dollars annually on these programs.

“Direct cash transfers have become a key element of humanitarian response and development in the last two to three years,” said one of two senior aid officials with Global Affairs who spoke with CBC by phone on condition they not be quoted by name.