‘I have to ask you to leave’: Insurance adjuster tries to boot Muslim woman breastfeeding during meeting

‘I have to ask you to leave’: Insurance adjuster tries to boot breastfeeding mom from meeting 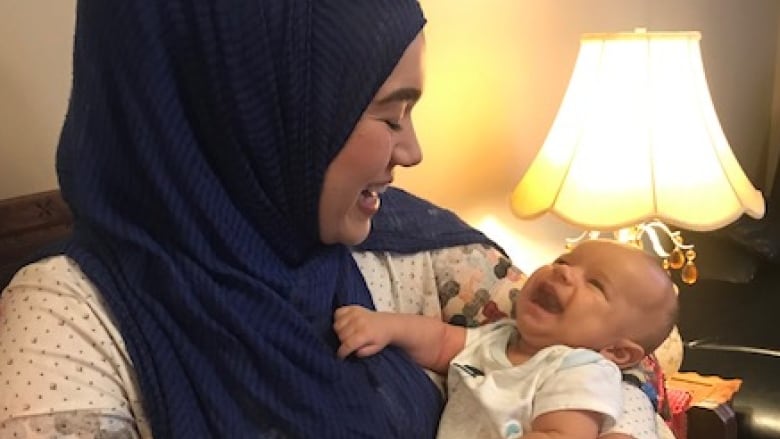 Ashly Cosgrove is considering filing a human rights complaint after being told she couldn’t breastfeed during a meeting with her insurance adjuster. (Rosa Marchitelli/CBC)

A woman says she was targeted by thieves and then humiliated when she turned to her insurance company for help. Criminals cleared out her family’s storage locker and when she tried to make a claim, her insurance adjuster told her to get out of his office because she was breastfeeding her newborn.

Ashly Cosgrove says her one-month-old son was tucked under her headscarf while she was nursing. Her husband, Zahir Zuway, and one of their daughters — age five — was also in the room.

“He told me I had to leave the room,” Cosgrove said from her home in Calgary. “I objected. I was just really embarrassed.” 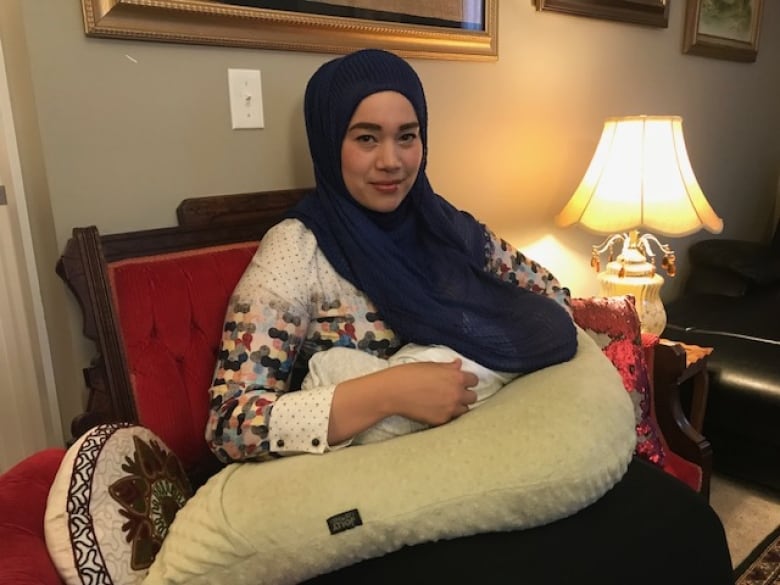 Cosgrove says she was ‘shocked’ and ‘confused’ when the insurance adjuster told her she had to leave. (Rosa Marchitelli/CBC)

Cosgrove openly recorded the meeting with her insurance adjuster intending to use it as a record of what was said about the claim. She later provided the recording to Go Public.

This is a professional environment and it feels like this is particularly unnecessary at this point in time.– Insurance adjuster to nursing mother

The adjuster can be heard returning to the office after getting paperwork and noticing Cosgrove was nursing her baby. At first, the new mom thought she was being kicked out for recording the meeting.

“At this point Ashly I do have to ask you to leave the room,” the insurance adjuster can be heard saying, “because this is making me very uncomfortable. This is a professional environment and it feels like this is particularly unnecessary at this point in time.”

After some back and forth, the adjuster leaves the room to get his manager, who agrees breastfeeding should be done in another room. The couple is told the meeting will have to be rebooked, and the adjuster tells Cosgrove she should “find someone to tend to the kids if you’d like to be here.” 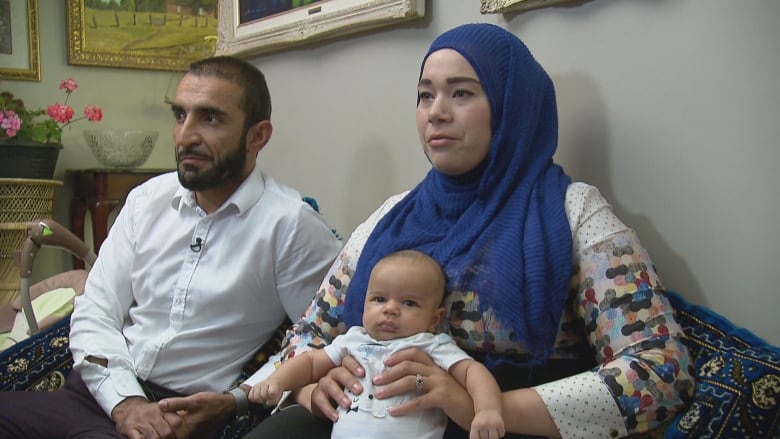 An insurance adjuster at Alberta Motor Association told Ashly Cosgrove that her breastfeeding made him ‘feel very uncomfortable.’ Her husband, Zahir Zuway, and two young daughters were also in the room. (Rosa Marchitelli/CBC)