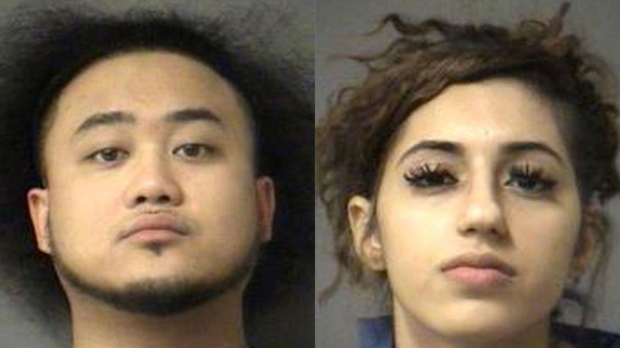 TORONTO – A man and a woman have been charged with human trafficking after a 17-year-old girl was allegedly forced into the sex trade late last year.

Toronto police say they began investigating in November 2018 after the girl escaped from her alleged traffickers with the help of her family.

Police say the girl had been lured into the sex trade by a man who reached out to her and then picked her up from school accompanied by a woman and another unidentified man.

Officers say the girl was forced to take photos of herself in various degrees of undress, which were then posted on a website advertising her sexual services.

Patrick Agpoon, 22, and Atrooba Mughal, 19, both of Toronto, each face 16 charges that include trafficking in persons under the age of 18 years by recruiting and material benefit from sexual services provided by a person under 18.

Police are still looking for a second man, and have asked anyone with information to come forward.