The Canadian Press · 11 minutes ago 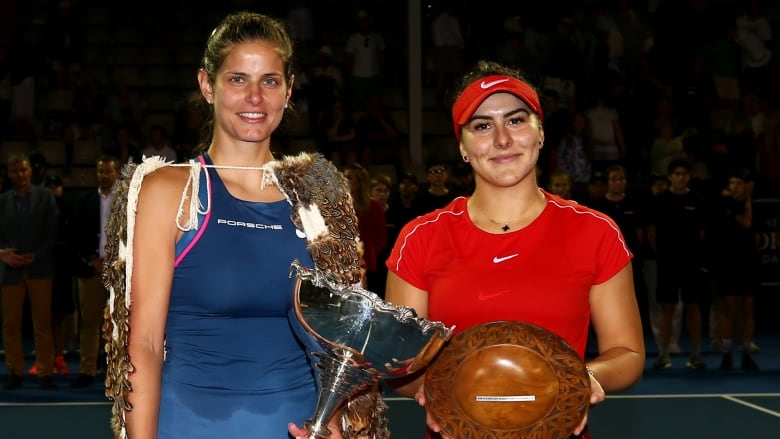 Canadian teenager Bianca Andreescu came up one set short in an attempt at her first WTA Tour title.

Julia Goerges of Germany beat the 18-year-old Andreescu 2-6, 7-5, 6-1 on Sunday in Auckland, New Zealand, to win the ASB Classic for the second year in a row.

The match started well for Andreescu, who took the first set in only 30 minutes, unsettling the second-seeded Goerges with the same aggressive return game and mix of strokes which had derailed her earlier opponents. But the tide changed late in the second set as Goerges began to put more first serves in play and gain more depth with her ground strokes, forcing the Mississauga, Ont., native onto the defensive.

“It is disappointing, I was one game away from winning the match, so I’ll probably be thinking about this for the next couple of days,” said Andreescu, who earned entry into the tournament as a qualifier. “But I can’t complain. I had an amazing week, I beat a lot of top players. I’m just really proud of myself.”