about 8 hours ago by: Canadian Press 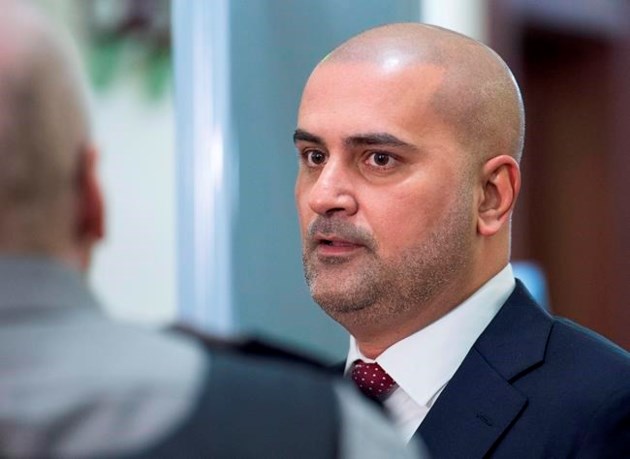 HALIFAX — A Halifax police constable has described finding a young woman passed out and mostly naked in the back seat of a taxi, the driver between her legs.

Const. Monia Thibault told Bassam Al-Rawi’s retrial Tuesday that she was searching for a robbery suspect on May 23, 2015, when she came upon a cab parked on a dark street in the city’s south end, with the rear window fogged up.

Thibault said she saw a young woman naked in the back seat except for a tank top that was pushed up, partially exposing her breasts, and her legs were propped up on the front seats.

“She wasn’t moving. She wasn’t talking. Her eyes were closed,” Thibault testified in Halifax provincial court, adding that she eventually had to shake the woman to wake her up.

“She was very confused and upset. She was crying …. She didn’t really know where she was.”

Thibault said the taxi driver initially had his body turned towards the back seat and between the woman’s legs, and started fumbling with a pair of pants and panties, attempting to stuff them in the console area of the vehicle.

She asked him what he was doing and told him to step out of the vehicle. He was then arrested.

Al-Rawi faces a charge of sexual assault, after an acquittal was overturned last January by the Nova Scotia Court of Appeal.

The appeal court concluded the judge that presided over Al-Rawi’s first trial in March 2017, Judge Gregory Lenehan, erred in law by finding there was no evidence of lack of consent.

Thibault said the complainant, whose identity is protected by a publication ban, had a soft voice that sounded like a “little girl,” and she could smell alcohol on her breath. Her eyes were glossy and bloodshot, she said.

The woman was crying off and on as they travelled to the hospital in an ambulance, said Thibault.

Under cross-examination by defence lawyer Ian Hutchison, Thibault testified that Al-Rawi’s upper body appeared to be touching the complainant’s legs when she approached the vehicle, but conceded that she did not see his hands.

Hutchison said his client’s recollection of his body positioning when the officer approached the car is that his left arm was resting on the driver’s side window, and his right hand was on the gear shift.

He said Al-Rawi’s version of events is that the woman’s legs were resting on the centre console and not propped up on the seats.

“Her legs were open. He was turned. He was between her legs.”