Move to Canada didn’t come with the spinal surgery she expected, husband says 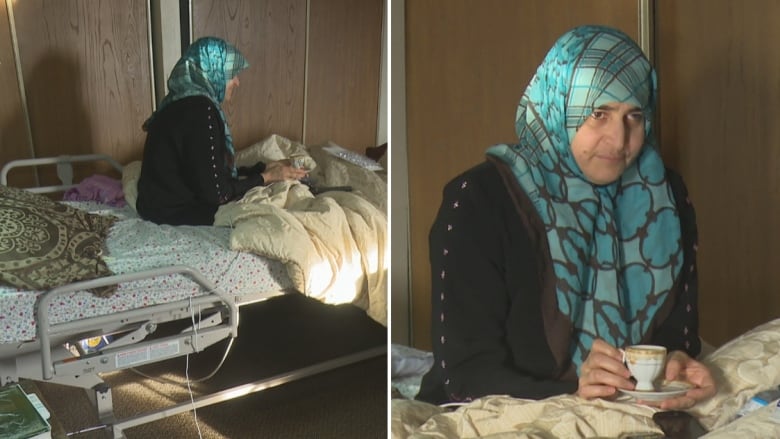 Waled Al-Rebdawi’s wife has been bedridden since moving to Windsor three years ago. Her husband said she was the victim of a bomb blast in Syria which took the life of their 16-year-old daughter. (Sanjay Maru/CBC)

When Suzan Kewan was critically wounded in a Syria bomb blast, her husband was told he could bring her to Canada to get the surgery she needs.

After all, she required specialized treatment which could not be accessed in Syria. A piece of shrapnel had entered her left shoulder and exited her back near her spinal cord, and a second piece blew out her left eye.

But after bringing his family to Windsor in 2015 Kewan’s husband, Walid Al-Rebdawi, said he received unexpected news from two medical specialists who expressed little hope that anything could be done to improve his wife’s condition.

“We cannot do anything because having the treatment is not yet approved by the government to be done to people,” said Al-Rebdawi via a translator, recalling the words of one doctor.

The day of the blast

Three bombs went off within minutes of one another. It happened in September 2012 while Al-Rebdawi was working in the storefront he owned in his home country of Syria. 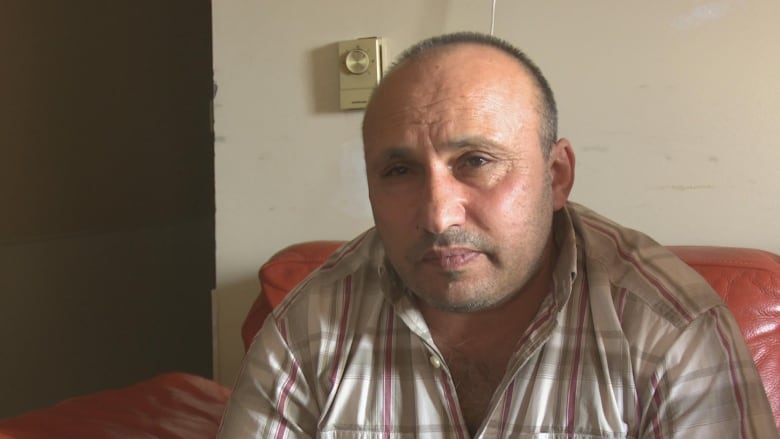 Waled Al-Rebdawi says he didn’t want to move to Canada back in 2015, but was convinced to do so after refugee camp interviewers from Canada told him they would take care of his wife’s surgery. (Sanjay Maru/CBC)

The bombings displaced Al-Rebdawi’s family to a refugee camp in Jordan, which sits along the southern border of Syria. He said moving to Canada wasn’t in his plans, but he was convinced by interviewers at the refugee camp to do so.

“They said, ‘No, if you come to Canada. We will take care of her and all the surgery required we will do for her,” said Al-Rebdawi’s translator, adding doctors in Syria and Jordan had already told the family they wouldn’t be able to help.

Today, Kewan sits bedridden in the family’s apartment unit — a far cry from the image Al-Rebdawi expected to have of her three years after moving to Windsor.

“There’s no assurance that this surgery will work on humans, so that’s why they can not help. They can not give them any help,” said Al-Rebdawi’s translator.